Bhagwan Shree Lakshmi Narayan Dham is one of the largest spiritual institutes in the world today. Functioning on the principles of Ancient Traditional Science Secrets - a dimension unexplored so far - the core mission of this institute is the human welfare at a global level (More Info).

The institute organizes large scale conventions all over the world to provide the powerful tool of Cosmic Sound science to eliminate human sorrows and sufferings. The effectiveness of these tools is being recognized the world over. Major political and spiritual heads, intellectuals, scientists, and people from various creative fields including Queen Elizabeth have benefited from these tools and publicly approved their practice.

Bhagwan Shree Lakshmi Narayan Dham has become a ray of hope to millions - bringing health, wealth and happiness to people. Incurable diseases have been cured by the tools of Cosmic Grace. Those who had lost all hope from life have regained their will to live. The principle of Cosmic Grace is based on the eternal wisdom of the Indian tradition. Hence, the whole world has started looking towards India with a renewed respect. Various sectors of science have also accepted the effectiveness of the tools of Cosmic Grace. The vision and inspiration behind the institute is Param Pujya Mahamandaleshwar Kumaranand Saraswati Ji Started as one man's mission, today the institute is spreading globally. The little seed that he sowed has transformed into a huge banyan tree; a tree that has become the last resort to millions. Param Pujya Mahamandaleshwar Kumaranand Saraswati Ji has dedicated his whole life to nurture the institute. Bhagwan Shree Lakshmi Narayan Dham is a dream come true for him.

Param Pujya Mahamandaleshwar Kumaranand Saraswati Ji was born on 22 January, 1954 to an ordinary farmer family in Karanpur, Rajasthan. His spiritual quest started in his early teens and by the time he entered his adulthood he was seriously studying and practicing various spiritual streams. Soon he acquired deep knowledge in Ayurveda which proved to be a historical step in the field of medicine. Soon afterwards, he was counted among the best physicians of the world. During his practice he has been the personal physician to many presidents, prime ministers, chief ministers, ambassadors of many countries. He has given a new direction to the medical science by combining it with the science of cosmic. Param Pujya Mahamandaleshwar Kumaranand Saraswati Ji has been honored with many prestigious awards. He has received Dr. Rajendra Prasad Award, Aruna Asaf Ali Award, Bhagwan Shree Dhanwantri Award among many others. Former President of India, Late Giani Jail Singh had felicitated him in Rashtrapati Bhawan for his work of spiritual poetry, Maykhana. Former President of India, Dr. APJ Abul Kalam had also felicitated him for his work for human welfare. The former President of India, Gianai Jail Singh felicitated him at Rashtrapati Bhawan in the presence of prominent intelligentsia and medical doctors. Former President of India, Dr. APJ Abul Kalam also felicitated him at Rashtrapati Bhawan for his public welfare work. He has also been appointed as an advisor to the Industry, Labor, Health and Family Planning Ministries of the Indian Government. 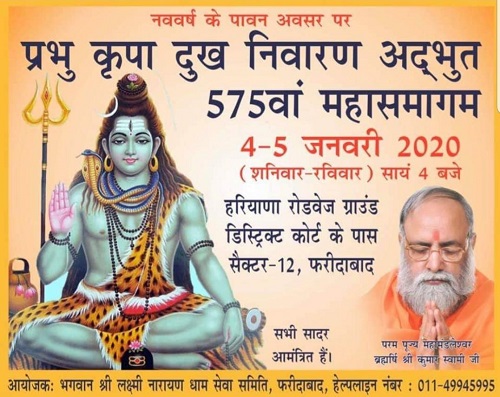